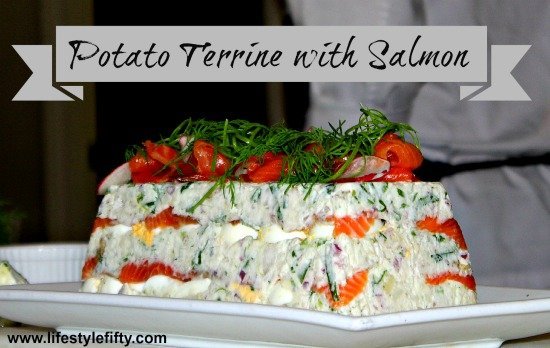 Dave likes to tell me that when we were first married I couldn’t even boil an egg. Now maybe I was a bit experimental, but I wasn’t that useless and over the years as we’ve moved from country to country I’ve added a bit of this and a bit of that into my repertoire, and as such I’m very good at cooking whatever I can find in the fridge or pantry but rather bad when it comes to being able to produce the same meal twice.

Following a recipe to the nth degree sends my brain into turmoil.

“Oh I loved that!” Dave will say when I’ve cooked something nice,  and then he’ll add, “But I suppose I’m not likely to ever get it again.”

That’s just the way I roll. Like I said. Experimental. I’m an organic-natured-kind-of-cook, maybe it’s my old hippy instincts that tell me to just go with the flow?

So when Cape Lodge invited me to a cookery class I was really up for it, because I need instruction about how to do things correctly. 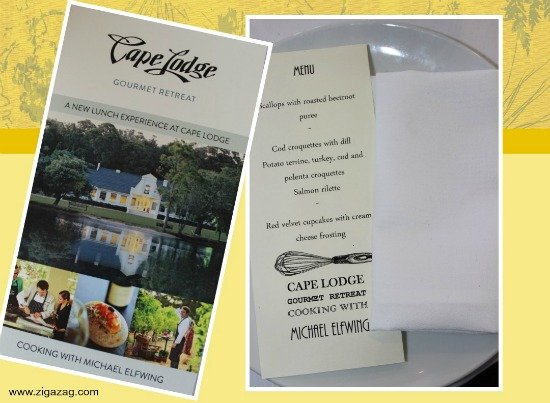 Working with seasonal local produce we discovered some of Michael’s kitchen tips, recipes and how to choose the best ingredients before sitting down to  a superb three course Long Table Lunch served in the Cape Lodge Restaurant. 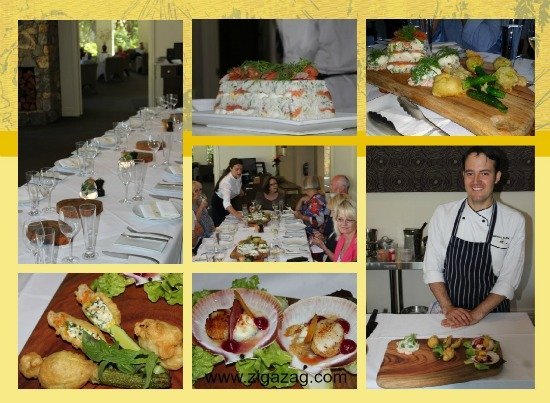 And what a cookery class it was … Michael demonstrated recipes for a Perfect Sunday Brunch (10 recipes for 3 courses to be exact) and the Potato Terrine with salmon was one of my favourites – so lovely Lifestylers I just had to share it with you, and you’ll find the recipe at the bottom of the post.

But first a little about Michael and the cooking classes.

Michael has worked in some of the World’s best kitchens including Heston Blummenthals’ Fat Duck, Cheong Liew’s Grange and with Mathias Dahlgren at Stockholm’s Grand Hotel. He hails from Sweden but his culinary training is French, and he enjoys creating modern regional cuisine. He’s running a calendar of Cooking Classes at Cape Lodge where you can learn how to present a three course menu which can easily be recreated at home. 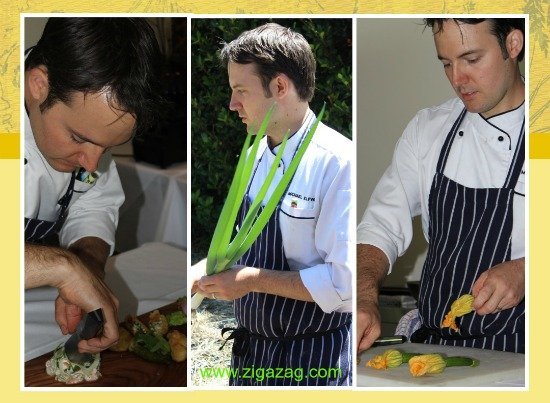 So for my readers in SWA here’s the calendar, and for everyone else around the world scroll on down for the recipe 🙂

For some dreamy photos of Cape Lodge and if you are needing a luxury retreat then you might also like: Perth Weekend Getaways : Cape Lodge, Margaret River

If you’re looking for a fabulous food, recipe and restaurant blog to follow then try : Not Quite Nigella

An impressive, but easy to create Nordic recipe ideally suited for brunch. This recipe was created by Michael Elfwing from Cape Lodge in Margaret River and designed as a brunch recipe for a summer day in Australia.

Disclaimer: My cooking class was courtesy of Cape Lodge

Wrapping up October and Spring Giveaways
Next Post: How to keep fit and healthy over 50 – My (unscientific) Routine