Get on a Gazelle Electric Bike and love your Healthy Lifestyle.

You are here: Home / Health and Fitness / Get on a Gazelle Electric Bike and love your Healthy Lifestyle.

My friend Wanda, who road tested a Gazelle Electric Bike, is an avid cyclist. She and her husband can be found riding tandem, or riding alone in competitions in fine or foul weather.  It’s safe to say that I didn’t really have her down as someone who would enjoy electric bikes. However, her mind was changed when she tried a Gazelle bicycle that just happened to have a motor.

I really love cycling, not for competition, but because I love getting out in the fresh air to exercise. When I was younger I didn’t mind hills either. These days, I can still do hills, but to keep up with Dave I would need either to do lots more training, or get a little help in the form of an electric push bike.

Electric bikes are great to help enhance speed and performance when the going gets tough!

Yes, the day is coming when an electric pushbike is something I might well consider instead of buying a new classic bicycle, or a new bicycle frame without a motor.

Read on why Wanda considers electric bikes to be great equalisers, and hear what she has to say about the Gazelle electric bike as an example of an electric push bike you might consider purchasing at a later date. 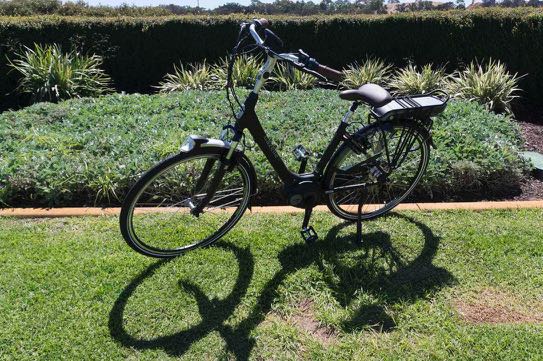 I could never imagine myself on an electric push bike. In fact, I might have viewed riders of electric bikes with a touch of scorn. In retrospect, this was probably just envy for when I was asked to review the Gazelle Orange Comfort, I was delighted and couldn’t wait to get to Bunbury, Western Australia, to put this bike through its paces.

I’m a lover of small things: tiny houses, smallish bikes, small family farms.  In a world gone mad with big, I crave the small. Thus, I would be dishonest if I didn’t admit being slightly intimidated by the fact that this Gazelle bicycle loomed large – it felt heavy and the adjustable stem looked high. Could I manage this, I wondered.

After being given a quick overview of the controls and a seat-height adjustment (Allen key needed), I set off. Within thirty seconds, I knew this bike was for me. I cruised down Bunbury’s Ocean Drive at 25 kms per hour without the effort that this speed normally entails. I was, quite simply, exhilarated.

Sitting Straight on an electric bicycle

Cycling is a great sport. But, it’s also a sport of rounded backs, hunched shoulders and strained necks. Posture on a bike is never flattering. However, the Gazelle Electric bike has a stem which rises to meet you, and the handlebars curve elegantly towards you. This means that the rider can sit perfectly erect. I could ride the Gazelle the way Novak Djokovic, for example, might ride – ramrod straight. I have ridden bicycles since I was very little, and this newly discovered business of sitting straight was indeed a thing of ease and beauty. 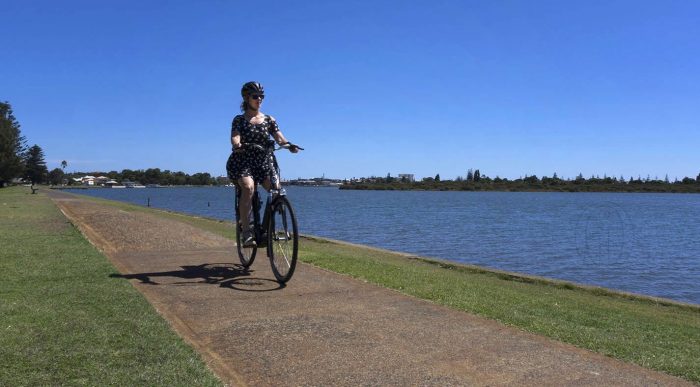 Gears and Motor on the Gazelle Electric Bike

Practically speaking, the Gazelle electric bike has gears like a traditional bike. It also has a battery powered motor with a variety of settings. Thus, you can ride this bike with a little or a lot of effort. I rode for the most part in gear four with the motor set on ‘turbo’ (highest setting). This gave me a good combination of speed (which I love) and effort (which I love less). 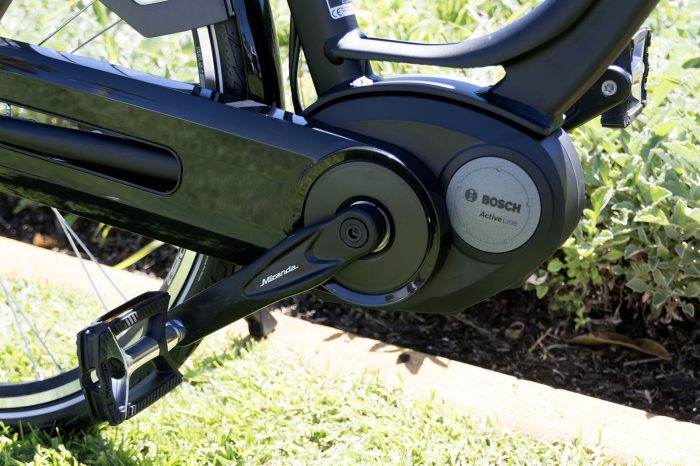 Great Features on the Gazelle Bike

I particularly appreciated two of the Gazelle’s many features: the built-in lock and easy to use controls with large lettering (easy to read at any speed).

Locking a bike is surely one of the most tedious things going. However, the built-in lock on the Gazelle bike solves this problem: a gentle twist of the key (which stays in the lock when not engaged), and a flick of the lock mechanism will ensure your gorgeous Gazelle electric bicycle will not stray.

The controls are super user friendly. I could easily see what gear I was in. I could also read the motor setting: the text is reinforced with a graph.

Who Would Ride a Gazelle Electric Bike?

As I cruised along Bunbury’s roads and bike paths, I had plenty of time to consider the question of who would ride an electric pushbike.

Me, for one, and others who crave a little assistance, but who else?

At the end of my riding day, I encountered Damon Willmore (a local cyclist and enthusiast). We spent a few minutes raving about electric bikes. He then proposed the idea that the electric bike could act as a great ‘equalizer.’ He is so right.

The Gazelle electric bike would be perfect for someone who would like to ride with others who are perhaps stronger or fitter. The Gazelle bike could completely transform a riding experience for a member of a duo or group. And best of all, there is battery power but the riding itself is completely emissions free!

Many thanks to Wanda for writing this post. Special thanks to Rob Cox of oxy images for capturing the elegance of the Gazelle bike and this riding experience.

Do you enjoy bicycling as a way of keeping fit? Would you buy an electric bicycle?

3 Inspirational Gifts for Friends or Family (who have everything)
Next Post: Inspiring Blogs for Women over 50 : Part 5 »