I’m on the Radio!

You are here: Home / Categories / I’m on the Radio!

When I first started blogging, all I wanted to do was travel, then sit on a beach under an umbrella or in the bush under a shady tree, and write and write and write to entertain anyone who was generous enough to take the time to read my ramblings. 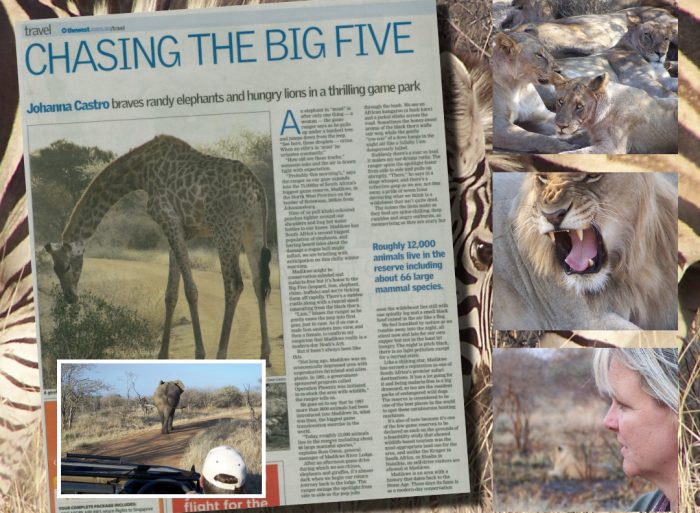 Gradually I started including lifestyle elements into the blog.

Then I realised that I was never going to be an expert about anything lifestyle related and that actually, in order to remain interesting and helpful, I needed a) to crash test my own life and b) to get out from behind the computer and INTERVIEW PEOPLE who knew their stuff much better than me.

Reinventing myself and having adventures

Lately I’ve realised that starting a blog in my 50’s led me to re-inventing myself  and re-defining what it meant to get older, and (so far) this has been the most awesome adventure which also led to a World Cruise. It’s something that people ask me about all the time, and want to hear more about, which has put a little pressure on me to get out there and be heard – as in giving presentations (OhLordyMe – that would be public speaking) and chatting on the radio, sometimes LIVE (gulp).

I’ve been on the radio three times in the last few weeks, and doyouknowhwat?  HEADS UP!

I didn’t think I would. I thought I couldn’t do it. I thought I wasn’t good enough, or interesting enough for such a thing.

But I did it, and maybe nobody listened, or maybe nobody liked what I had to say, but you know what? I plucked up the courage to get out there and say Out Out Damn Invisible 50’s – we can do anything!

So today I’m going to say, dream a little and be open, very open, to opportunities that come your way to which you might have thought “Nah – No Can Do” to in the past. Because you Can Do and you are capable of amazing things from the age of 50 and onwards.

Now some of you might laugh, some might go “Oh Gawd not her”, and some of you might think “Gee she says ‘incredible’ a lot!” Anyway great big warts and all, here’s a link to the interview I did with Steve (Grumpy) Collins on Radio Roaming chatting all about travel and cruising the world – Just click on the arrow to listen.

And here are two more links to the interview chatting about all things over 50 with Harvey Deegan on his Lifestyle Show on 6PR.

and here’s Part 2 (after the news!) Lol! I was interrupted by the News 😉

So here’s to our 60’s and 70’s and 80’s – Here’s to you doing something that might lead on to something just a little bit scary for you which takes you out of your comfort zone and helps you to grow and enjoy life to the full. What will that Thing be?

A Big Thanks to Steve and Harvey for having me on your fabulous shows 🙂  And here’s to travel wherever we may wander in the blue yonder or otherwise (That’s Yanchep Lagoon in Western Australia below).

Who are Harvey and Steve anyway?

Steve Collins is a broadcaster with a passion for travel. He presents travel segments on Radio 6PR, Perth and on Foxtel’s The Couch, as well as writing about travel for several newspapers and magazines, especially Have-A-Go news and Country Home Ideas, he also writes for the Huffington Post. Steve is almost a constant traveller who relishes discovering new places and getting to know the local food and customs.  He owns and manages the online travel radio station Radio Roaming – Talking Travel 24/7   which features a huge variety of interviews, radio documentaries and specials concerning all things travel.

Why a Walk in Nature is Good for You
Next Post: How to Create a Perfect Party Cheeseboard

This website uses cookies to improve your experience while you navigate through the website. Out of these, the cookies that are categorized as necessary are stored on your browser as they are essential for the working of basic functionalities of the website. We also use third-party cookies that help us analyze and understand how you use this website. These cookies will be stored in your browser only with your consent. You also have the option to opt-out of these cookies. But opting out of some of these cookies may affect your browsing experience.
Necessary Always Enabled

Any cookies that may not be particularly necessary for the website to function and is used specifically to collect user personal data via analytics, ads, other embedded contents are termed as non-necessary cookies. It is mandatory to procure user consent prior to running these cookies on your website.