Planning a Trip To Spain

You are here: Home / Holidays, Travel & Adventure / Planning a Trip To Spain

The Rain in Spain falls mainly on the plain, if indeed at all which is why Spain is one of the most popular destinations for a European getaway. If you’re planning a trip to Spain then really anytime of the year is a good time.

Unlike the British Isles, you can expect an average of 300 or more days of sunshine in Spain making it one of the sunniest countries in Europe to visit.

So today, continuing the travel series of blog posts to inspire you to get up and go have an adventure (as with my previous post  Planning a Trip to Ireland) I’m writing about Spain, a country we’ve visited (too long ago now) and a country we would love to go back to.

The coastal resorts are vibrant, the mountains are spectacular and when it comes to value for money Spain is probably still one of the best value destinations in Europe for a luxury summer getaway.

There are many beautiful cities in Spain, and probably Barcelona is one of the most fascinating, and most visited. So if you’re looking for somewhere to stay check  out Barcelona Vacation Rentals and find yourself a luxury retreat.

Spain’s history is chequered because it’s been part of the Roman, Greek and Muslim empires.

As you travel around you’ll find so many beautiful places in Spain to capture your interest and an interesting legacy of ancient buildings.

In amidst all the ancient, you’ll discover modernist architecture too.

Gaudi, the best known and most influential modernist architect lived in Barcelona for much of his life and if you visit Barcelona you’ll have fun discovering the largest concentration of his works in the world. His style is unique, and once you’ve seen a Gaudi building, you’ll never forget it.

“We went on a whistle stop tour of Barcelona which I found sophisticated, buzzing and cultured. Our children were fascinated by the Gaudi architecture, particularly the huge church, Gaudi’s modern masterpiece, ‘La Sagrada Familia’.

We also visited a period apartment, a strange but genially designed attic, and chimney pot roof garden, and the enchanting Park Guell with its peculiar shapes and vibrant combinations of colour.

Then we caught an open-top tourist bus around the city which among other things took in the huge Barcelona stadium.

We loved walking the length of The Ramblas with its art, it’s life-statues and street performers. From there we walked into the old Roman quarter, the 2,000 year old Cathedral and caught the lift to the top of the roof and from the steeples had incredible views. Oh those views!”

Gaudi, Picasso, Dali and Goya were all born in Spain, so if you’re after culture, tradition and modernity you’ll find it in spades. There are beautiful museums and buildings in Spain, and one of the most well known is the Guggenheim Museum, close to the sea in Bilbao, in the north of Spain.

To appreciate the amazing beauty of the Moorish architecture then you must visit the Alhambra de Granada (The Alhambra Palace in Granada) is a bucket list must-see, and for me, one of the most fascinating historical places in Spain.

“The beauty of this Moorish palace and gardens, named in Arabic for its reddish walls, truly does have to be seen to be believed; set high on a hill with views over the city of Granada,” writes Telegraph Travel’s Rachel Cranshaw. “It’s a Unesco World Heritage Site and one of the country’s most popular tourist attractions – book your tickets for first thing in the morning (and arrive in plenty of time) to minimise crowds, queues and sun in high summer.”

If you are a beach person, there will be a beach for you!

Or alternatively a ski slope – did you know that in Spain it’s possible to be lazing on a beach and then hitting the ski slopes within an hour? The mountains are gorgeous 🙂

Nearly every city, town and village in the country has its own fiesta or festival; a celebration, an event not to be missed, in which the all the townsfolk get involved.

There will be national or regional costumes on display, much dancing and music, and probably partying with neighbours – it’s folklore at its best.

In the south of Spain, beautiful Andalucia is known for its bullfighting, flamenco, music and wine festivals.

The most notorious and probably most famous festival is the bull running of Pamplona.

Then there are the fireworks of Las Fallas in Valencia, and so many more fiestas, right down to strange festivals like the snail festival in Lleida, and a paella festival in Sueca.

There are so many different regional flavours of Spain, and each region has its now take on how things are prepared.

Many of us have probably enjoyed a glass of Spanish wine, and for a good reason. Spain produces some of the best wine in the world. If you haven’t tasted Rioja, then you’re missing out! Also Spanish wine, when purchased in Spain, is really affordable.

Planning a Trip to Spain – Where to visit?

I’m not going to list 10 best places to visit in Spain, because the country is so varied and whether you are seeking adventure or hiking trails, culture or the seaside, Spain has it in spades. 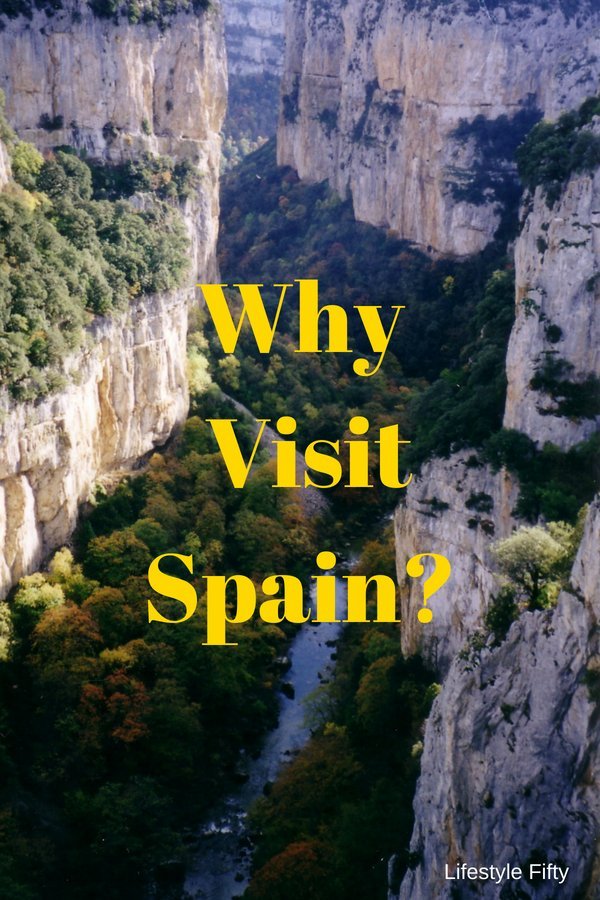 To give you a little personal insight, my most favourite places, Calella de Palafrugell which is one of three coastal towns belonging to the municipality of Palafrugell, in the province of Girona. (The other two are Llafranc (so picturesque) and Tamariu.)

Have you been to Spain? Are you planning a trip to Spain. Where will you go, or what recommendations do you have?