10 Songs That Make You Cry

You are here: Home / Categories / 10 Songs That Make You Cry

Music is such a part of daily life for me. And there are certain songs which arouse deep emotions in all of us. Songs that make you cry or tingle with emotion might consist of both sad and romantic songs, or evocative haunting instrumental music.

Songs that make you cry

As the tribute band “Echoes of Pink Floyd” began to play the final encore, and revealed the open notes of Comfortably Numb, which the audience had been waiting for with great anticipation, it almost brought the house down.

It’s a sad song about life, but I think people interpret lyrics differently depending on their own life situation and legacy  that they want to leave, maybe, and this song is open for interpretation.

I thought Comfortably Numb was about drugs, but apparently not.

The haunting strains of the melody filled the entertainment centre with poignant sound and I’m sure the lyrics of this evocative song stirred up thoughts and emotions meaningful for everyone.

What makes a song meaningful for us? Why do some songs make us cry and others don’t? Why do we like sad songs?

I think it has a lot to do with nostalgia and sentiment. There’s power to a great song which is capable of bringing back moments from the past. A song connected to a sad moment, or turbulent teenage years perhaps, a painful break-up or poignant moments we’ll never get back.

Right now as I’m sitting at the computer playing Comfortably Numb on Spotify, Dave Gilmore’s guitarlicks are making me uncomfortably numb as I appear to have writers block.

The emotions are bubbling, but the words I want to write seem stuck in a deep dark cellar, due to tears in my eyes mostly!

We went to see Echoes of Pink Floyd, a 6 piece band, at Bunbury Regional Entertainment Centre. It’s a beautiful facility and hosts many bands, plays, concerts and events throughout the year. In WA many people think that living outside of Perth in the regions must be boring, but the regions do some things really well (like countryside, beaches and no traffic jams) and we are certainly not starved of entertainment.

However, this was not the iconic Pink Floyd we went to see. This was not a big stadium experience with the colossal machine that goes with it to build those mammoth shows.

“Why would you want to see a tribute band?” a friend asked. “Especially if you’ve seen the real thing?”

I thought about this, and when the band began playing I understood why. You see, the riffs and guitar solos and words brought back such strong emotions and I appreciated the talents, commitment and enthusiasm of very talented musicians paying tribute to their heroes.

It also made me think about songs that make you cry, and which music from my lifetime has had an emotional impact at one time or another. 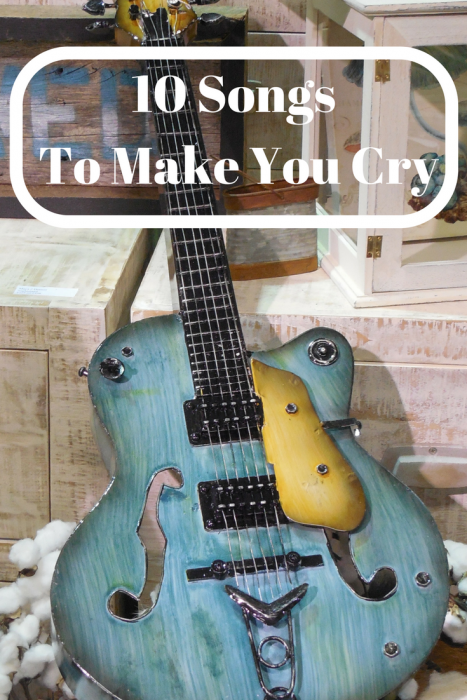 Songs that give us goosebumps

Sometimes a song can give us goosebumps – you know as soon as the opening strains begin that you’re going to have to stop and pay attention, but sometimes it can go even further. There are some songs that make you tingle all over and stir strong emotion and bring back memories of a place and time, or songs that just make you ‘feel.’

For Dave it’s instrumental pieces such as Local Hero, which will make him feel upbeat, whereas something like the theme tune to Inspector Morse will make us both go a bit dreamy. Bach’s Cello Suite No1 will almost move Dave to tears – almost! And music like Mars from Holst’s Planet Suite or Jupiter we both find really rousing.

10 Popular songs that make you cry and arouse emotion.

Then I got to thinking about popular songs which arouse emotion, and while there are so many, there are some which stand out for me.

Some of these include:-

What are the songs that make you cry or tingle with emotion?

Previous Post: « How Northam WA taught me the importance of being nice.
Next Post: The Best Places to Retire Overseas. »