You are here: Home / Health and Fitness / Sun Safety and Melanomas. What you Need to Know. 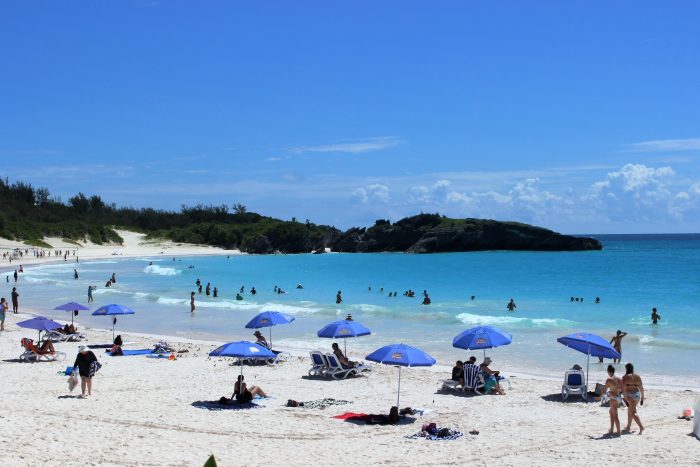 There’s a moment in everyone’s life when you suddenly stop sweating the small stuff.

When the world seems to stop spinning and remains motionless on its axis.

Just for a moment at least.

That searing moment of vision when I realized the truth about immortality, and that a long and happy life may not be my birthright, happened after a routine skin check, which we have regularly because we live in beautiful Western Australia famous for its long hours of sunshine and clear blue skies.

“Good, thank you.” I replied, thinking how nice of my Doctor to telephone just to find out how I was after the mole biopsy he’d taken a few days earlier.

The mole was removed surgically because it was considered a small risk, and given a 20% chance of being dangerous, so the odds were in my favour, and I’d been sure that they would be.

Heck, I was just waiting to have the stitches out, that’s all.

“Jo. I have some good news and some bad news,” my Doctor continued.

Sharp intake of breath. Then my heart stopped beating for a moment as I considered his words especially the ‘bad news’.

Of course I’d Dr Google’d “Melanomas” (haven’t we all?)  I knew what the bad news was going to be. He wasn’t  ringing to just find out about the  wound, or how many pain killers I’d taken, or if the blood had returned to my veins after my fainting fit following  the small, 15 minute surgery.

I think there was silence. I don’t think I responded. I might have muttered.

Instead of speaking, I sat down and swallowed, realising that my mouth had suddenly become very dry. I could have been in a scene from a movie, one that was now playing in front of my eyes, not real though, surely?

Then I heard my Doctor continue speaking.

“The good news is that we seem to have caught it in time. The mole is a malignant melanoma, but in its early stages. The bad news is that I will need to remove more skin from the area to make sure that all the cancerous cells have been taken away and reduce the chance of it spreading to other parts of your body. Now, when can you come back in?”

Come back in? Me? But I always wear sunscreen. Surely there must be a mistake? No I can’t come back in. Anyway, I’ll faint. I can’t do this. I don’t want to do this under local anaesthetic – I’ve heard rumours of big scars after this sort of surgery. Isn’t there a chance you could be wrong?

But I didn’t say anything.

“Now how about Thursday?” My Doctor asked.

Thursday? No! We have family visiting from the UK and we’ve booked to go dolphin watching among other things.

Straight after we’re going on a two day trip to Margaret River and we’re treating ourselves to two nights at the lovely Cape Lodge set in amongst its own vineyards and luscious gardens. You know, it’s special – A BIG TREAT. I can’t cancel it!

My head was spinning with the silent implications of disruption to our plans.  No, this was all too inconvenient.

Then a little voice of reason crept in.

But you know Jo, melanomas can spread quickly to other parts of the body, they can be aggressive, and remember reading that stuff on the internet – remember ? Melanomas are the most dangerous form of skin cancer unless they’re caught early? What are you thinking?

I opened my mouth before my brain could catch up with me and replied.

“Yes.” I said. “Thursday. Thursday will be fine. Thank you.”

“Would you like a mild sedative to calm your nerves on the day?” My kindly Doctor asked.

“Yes, Please,” I said while I was thinking; “Actually I’d like a whole jar full.”

The surgery was painless, apart from a few stings from the local anaesthetic and  some tugging feeling when the wound was sewn up with stitches, three layers of them.

I remembered the same feeling when I’d had my epidural caesarean all those years ago. The difference being then that I was coming out of the procedure with a lovely baby, not a question mark.

This time I didn’t faint – can you believe I came over all queasy the last time when I had the biopsy taken – since then I had practiced deep breathing techniques, and in my handbag I had stashed coca cola and a mars bar (big ‘naughty’ treats in this girl’s life) to raise my blood sugar levels before I attempted getting off the bed. I’d also told my active writerly imagination not to be such an inexcusable wimp over a relatively small procedure.

But as my sister in law pointed out the other day, “Any procedure is a minor one, as long as it’s happening to someone else.”

Afterwards I was sore, and sleeping was uncomfortable for a few nights, but the knowledge that I had had a brush with cancer was more painful than the wound itself.

It could have been worse, and that is why I’m telling you about my experience – in the hope that it might help someone you love get an early detection rather than a late one.

Melanomas are an insidious form of cancer and, if left to their own devices, can spread to other parts of your body.

They are the most dangerous form of skin cancer, and you shouldn’t take them lightly or wait to get them seen to … you know what it’s like … you see a suspect mole and think, ‘Well it doesn’t hurt, doesn’t look like anything much really so I’ll wait a month or maybe get it checked next year.’

This could be a Big Mistake.

I am one of the world’s biggest wimps when it comes to blood and needles, but I can only thank my Doctor for spotting my melanoma early and making sure I went in to have it removed.

We are lucky to live in a beautiful part of the world, but there are always downsides to Paradise and Western Australia purportedly has the second highest incidence of skin cancer in Australia.

So if you only do one thing today, and you haven’t done so recently, why not book an appointment for a skin check? 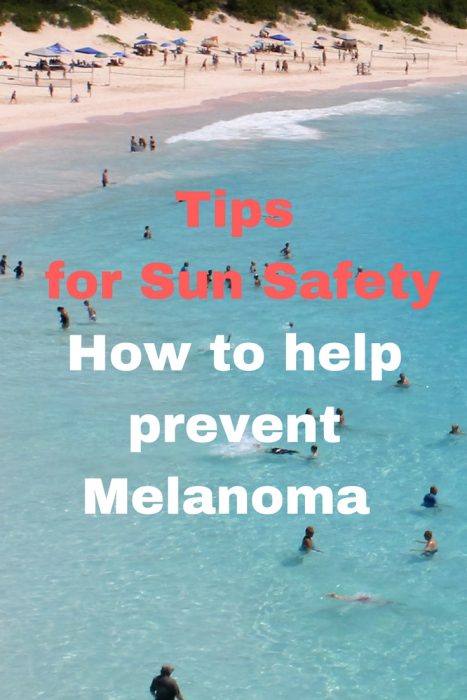 Fair skin, light blue eyes, people who burn easily, lots of moles (more than 10 on arms and 100 on body), a history of childhood tanning before 15, UV exposure, and if you’ve had a melanoma before.

How to help protect yourself from getting skin cancer

“Avoid sunburn by minimising sun exposure when the SunSmart UV Alert exceeds 3 and especially in the middle of the day when UV levels are most intense. Seek shade, wear a hat that covers the head, neck and ears, wear sun protective clothing and close-fitting sunglasses, and wear an SPF30+ sunscreen. Avoid using solariums (tanning salons).” Cancer Council. For more information: Melanoma Institute Australia

“Sunglasses and a broad-brimmed hat worn together can reduce UV radiation exposure to the eyes by up to 98 per cent. Sunglasses should be worn outside during daylight hours. Choose close-fitting wrap-around sunglasses that meet the Australian Standard AS 1067. Sunglasses are as important for children as they are for adults.” Melanoma Cancer Council.

Thanks to the Melanoma Cancer Council for some of the facts and suggestions in this post. You might also visit Melanoma WA, a site promoting more awareness about skin and sun safety, and offering support for anyone affected by melanoma, run by Clinton Heal (2011 WA Young Australian of the Year).

If you think this article could make people you love more aware about getting their skin checked then please share the post on Facebook or Twitter, or wherever you hang out on social media.

I still have regular skin checks.

The Secret to Healthy Ageing may be Hiding in our Fridges
Next Post: I’m a Dairy Girl. These are the reasons WHY.