The truth about online friendships

You are here: Home / Inspiration / The truth about online friendships 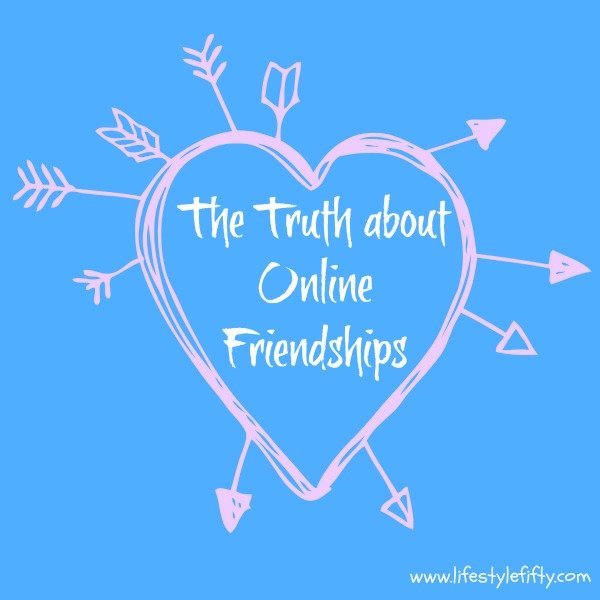 I’ve just had 10 basic, one hour internet and social media workshops that I was meant to be facilitating cancelled.

Were they too expensive? Nooo. They were heavily subsidised, and participants only had to pay around $5 for each session.

Who were they for?

Seniors. In a target age range of over 60.

I thought there would be quite a few people around this age, living in the Regions who hadn’t had access to internet learning. I thought many would be keen to learn the rudiments and get online – like my Mum, who’s 85 – she loves being on Facebook to keep in touch with her grandchildren.

Well only 3 people signed up. So either this area of the South West is full of already computer savvy seniors or they’re just not interested. And if it’s the latter, that’s sad.

As much as I have a love/hate relationship with the time the online world steals from my real life, the truth is I’ve made so many friends online who I wouldn’t otherwise ever have met. My old age will not be lonely, even though we’ve travelled around the world like rolling stones, leaving friends on all four corners.

So much socialising is done online these days, isn’t it, and so many new friendships are made online too. The internet has become part of our social structure. If you grow old not knowing how to use it, I think you’re missing out on a social life that might become appealing when you become less mobile or real-life friends die off or stop visiting.

The other side of the coin

For the younger generation, there’s a flip side.

I read an article the other day decrying the new ways of dating for our children’s generation – about how easy it is now to date via the internet using Apps like Snapchat and how it spoils you for commitment because it’s all too easy. How you’re always looking for the ‘next best thing’ and not being grateful for what’s under your nose in the real world, warts and all.

Basically the article suggested that everyone’s looking for the perfect life and perfect happiness and thinks they can find it – because look it’s displayed in big bright shiny pictures on Facebook, Instagram or wherever and perfect lives are tweeted out in 140 perfect shiny characters on Twitter. No one appears to be having rows or disagreements or looking less than perfect – so why should you – your life must be wrong in some way? Which is a terrible way to view the world.

So yes, I agree. There is an ugly side to the internet and the way we make friends or ‘frenemies’ too.

Back in the day

Back in 2007 I was writing freelance features for magazines and newspapers in South Africa and I vowed I would never join the fledgling blogger phase and write for free. Anyway, I disliked the whole social side of the internet, and Facebook or was it Facecloth, seemed stupidly intrusive.

I looked at the famous, “Dooce” blog (Heather B Armstrong) – was she mad? Getting fired from her job for blogging about ‘water cooler gossip’ in the workplace. Fired for writing for free basically. Duh. Why did she blog for no payment when she was previously a well-paid web designer and had such great words in her arsenal that she could surely be a magazine columnist and possibly command a royal ransom, I questioned?

Little did I know. But by now she probably does (know) – because she’s famous and no doubt rich.

At the time I didn’t get it

Anyway I was having none of it, and I stated rather too self righteously for my own good that writing for free wasn’t for me.

Then after a very self conscious dabble with Facebook I stopped any online engagement once my kids found out I’d friended them because they were Horrified.

Then came the GFC.

Freelancing gigs became harder to get. We moved to Australia. My contacts and work dried up. I began writing freelance travel features for The West Australian travel magazine, but they became harder and harder to win and someone said:

And guess what? I did. And I’ve never looked back.

But to cut a long story short the crux of the matter is this.

… and along with it came a whole lot of new friendships.

When I began blogging in 2010 there was no payment and I had no idea how my hours of toil could be monetised. These days however, I’m a little wiser but the best bit is that from being online I’ve made the most wonderful friends of all ages who have similar interests.

The beauty of online friendships I think is that you can ease your way into them. It’s not like when you meet a new person for coffee and feel obliged to say, “Shall we do this next week too then?” and then after some more chat you find out ‘next week’ that actually your values and interests are polar opposites and you know it’s not going to work out.

That’s because before you spend time glamming up to go out and meet new friends you can actually find out a bit about what they are like (and what they like), what their interests are and the sort of people they might hang out with. You can have a quick conversation with them in a thread you’re following in the comments section, or compliment them on something they’re wearing – then go out and buy it yourself the  next day 😉

It’s a friendship that grows quite organically, until one day you get the chance to meet up in real life, and you probably do

And you know what?

You find you really really like them. Because all the friending prep has been done before you’ve even met.

Tip: In this post I’m referring mostly to online female friendships, but no matter who you’re meeting always play safe … tell a real life friend or relative where you’re going and when, and make sure you meet up with your new online friend somewhere public like a restaurant or cafe.

The other good thing about online friendships is that you can keep them going, even if you’re having a bad hair day or you have the ‘flu. If you go travelling for 3 months it doesn’t matter that you can’t join your friends for a barbie, because you can keep in touch by commenting on the barbie you missed and posting pics about your experiences via Facebook, Instagram or whatever.

What do you think?

Today I’m going to give a shout out to some amazing bloggers who I’ve first met online, and then met in real life, with whom I’ve formed lovely and interesting friendships. If I’ve missed anyone out, please yell! You know, it’s hard enough for me to remember names at all these days 😉

Jenny – A Taste of Travel

Amanda – Not a Ballerina

Annabel – Get in the Hot Spot

Rae – I opened my mouth and it ran away with me

Nicole – Bitten by the travel bug

Malinda – The Style Within

Farewell 2014
Next Post: 10 Simple Wardrobe Tips for an Organised Closet